Aside from my frustration at not making the time to post anything in months,  I’m equally embarrassed that it has taken me this long to post about the new album, “Earthling,” from Eddie Vedder. The album dropped on February 11, and I promptly purchased it on its release date. Admittedly, I wasn’t sure what to expect. I probably bought it more out of a sense of obligation to the venerable Pearl Jam frontman than any other reason. Perhaps by design, his first two solo endeavors were marked departures from the Pearl Jam sound. They were very stripped down, mostly acoustic offerings. Though I’m sure they appealed to some, neither caught on with me.

One thing that caught my eye with this album prior to its release was the difference in its production. “Earthling” was co-written and produced by self-proclaimed Pearl Jam “fanboy” / pop producer, Andrew Watt. He claims he knows how to play every PJ song ever recorded. In fact, Vedder and the guys in Pearl Jam even admit Watt probably knows their material better than they do at this point. Additionally, this was not a stripped down, two man recording process. Vedder brought in some heavy hitters to help record the album: Longtime Red Hot Chili Peppers drummer Chad Smith. Former Chili Peppers and current touring Pearl Jam guitarist Josh Klinghoffer. There were also a number of guest musicians contributing to the album, including Tom Petty & the Heartbreakers’ keyboardist Benmont Tench, plus living legends Stevie Wonder, Elton John, and Ringo Starr (more on that later).

The album features 13 tracks. I’d say 12 songs over 13 tracks. The final track is a 2-minute thingy that includes some vocal tracks Eddie unearthed sung by his deceased, biological father, Edward Severson. If I’m being totally honest, I’d say a little over half of the album is good. Truthfully, that’s not unlike the past two decades of Pearl Jam releases. The difference here is, whether it be by design or coincidence, all the good songs are the first seven tracks. That’s so convenient! You can just start the album up, and let it play for a while without skipping past any crap. Thank you Ed!

The thing is though, and this is the real refreshing revelation here….those first seven tracks aren’t just good…..they’re really good.

Song 4 in particular, “Brother the Cloud,” may be better than anything you’ll find on a Pearl Jam album in decades. The last minute and a half of the song is one of the best outro’s I’ve ever heard. It’s absolutely relentless, yet totally dialed in at the same time. Many have mistakenly suggested the song is about the loss of his friend, Chris Cornell. Though that’s a wonderful sentiment, the truth is it’s actually about the loss of his real life brother who died in 2016. Have a listen.

The opening track, “Invincible,” lyrically reflects the modern-day Vedder. 30 years ago he often seemed so serious and even angst-ridden at times. Now he’s the cool, 50-something-year-old guy who’s more apt to lead with positivity and calm. A sort of, “hey man, everything’s cool” attitude. A man who has a clear understanding and appreciation for still being among the present, when so many of his friends and contemporaries have since departed. An excellent song.

Other tracks, “Power of Right,” “Fallout Today,” and “The Dark,” are excellent straight forward rockers.

“Long Way,” the track featuring Benmont Tench on keyboards, sounds like a track straight off a Tom Petty album. As a lifelong TP & the Heartbreakers fan, I can’t tell you how much I appreciate this one.

Track 7 is a beautiful love song called, “The Haves.” It’s a song he wrote a few years ago. It didn’t come out of the sessions for everything else on the album. For that reason it does sound a bit like a fish out of water here, but I understand why he included it. Way too beautiful a song to be lost in the vast world of unreleased cuts.

Those are the seven tracks worth your ear. Songs 8 and 9, “Good and Evil” and “Rose of Jericho” don’t do much for me. Then we get into the experimental stage of the album. The part I promised to come back to: the three tracks featuring three respective living legends. Track 10, “Try,” showcases Stevie Wonder on harmonica. I forgot how distinctive and flat out amazing Wonder is at harmonica. He sounds freaking great. The problem is the song itself stinks in my opinion. It’s way too fast and heavy. Then there’s “Picture,” a duet with Sir Elton John. All due respect to the rock world’s true Piano Man, but this one is just downright silly. Perhaps that was the intention. Lastly there’s “Mrs. Mills,” with Ringo Starr. I just feel like Eddie was trying too hard to write a Beatles song here. Again, I think he’s just having some fun. Far be it for me or anyone else to criticize him for that. That said, I could have done without this one as well.

Overall,  I think “Earthling” is a pleasant surprise. A refreshing gift. Plenty of artists have put new material out there 30 plus years into their careers, but how many put something good out there? Most either lack the inspiration or ability to write and record good music by that point. “Earthling” comes across as an album not lacking either one. Vedder’s voice still sounds damn near as good as ever in my opinion. The songs (at least the first seven of them) are all varied, original, and full of heart. Eddie Vedder sounds like a guy who’s in a good place and still very much loves doing what he does.

For those who worry this could signal the end of Pearl Jam, you need not worry. Vedder is  back with the boys and hitting the road to finally tour their 2020 album, “Gigaton,” and they’re also back in the studio with “fanboy” Andrew Watt in tow, working on their next album as well.

Not only did Eddie make a great record here, I think his experience writing and recording “Earthling” may serve to inspire even better work going forward with Pearl Jam.

So many artists who came up during my formative years are gone. If you’re my age, and came up with the alt-rock bands of the 1990’s as well, you can certainly feel a great sense of comfort and appreciation knowing our guy Ed is still out there bringing it. The first song I ever heard him sing was called, “Alive.” 31 years later I’m sure as hell glad he still is! So let’s end with some lines from his new song “Invincible”…..

We got the heavens, we got the Earth

And in between we got big surf

Who could ask for more?

The only rule is to keep your cool

Hey, you got a light? 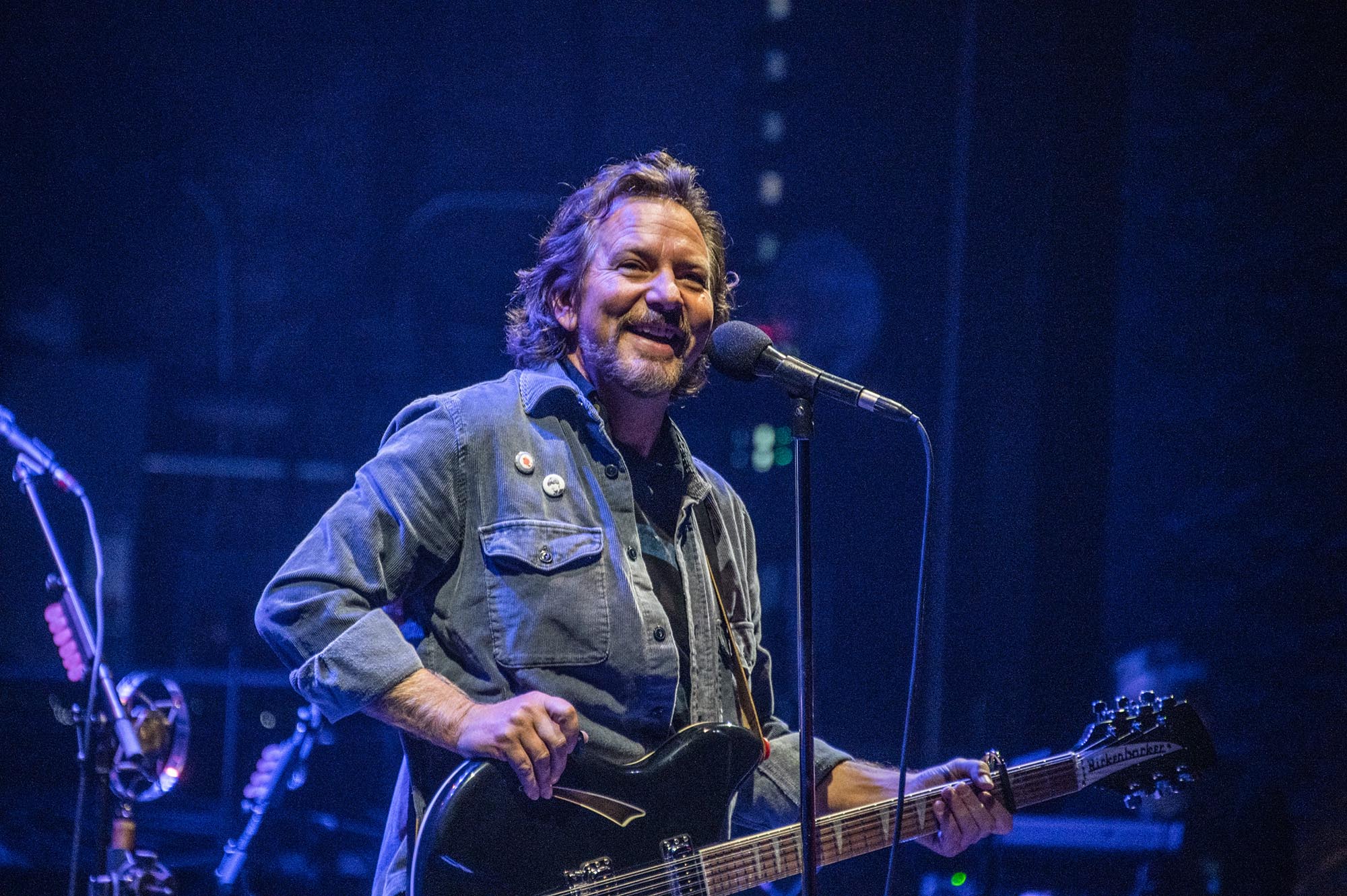 One thought on “Eddie Vedder – “Earthling”” Leave a comment ›

Leave a Reply to SamanthaCancel Reply