When’s the last time you bought a new album? Years ago it seemed like I was heading to the local record store to buy something new from the bands and artists I followed every month or two. Nowadays it’s a very rare occurrence.

I realize I’m dating myself at the mere suggestion of buying an album period. These days people either subscribe to music services or just get it for free on youtube. I guess I sort of split the difference. Granted, there are no record stores anymore, and no, I’m not buying CD’s, LP’s, or cassettes. But when there’s something out there I want I still like to purchase the album on itunes with the slightest hope that somehow a sliver of my money will find its way to the artists.

I suppose the main reason new music purchases are so rare for me is because most of the artists I listen to are either dead, no longer put out new music, or no longer make anything worth listening to.  Let’s see: I bought the latest Pearl Jam album in March 2020. I kicked around the thought of buying Lindsey Buckingham’s latest album when it came out last September. What else? I sampled the latest Weezer album. Much like the eight or so that came before it, I didn’t find it interesting. Robert Plant is back, recently having released a new album with Allison Krauss. I listened to it, but it’s just not my bag. I like when Plant rocked instead of rockabilly-ed.

I did however, recently stumble upon a brand-spanking-new studio album release from none other than Mr. Gordon Sumner himself…..aka, the one and only “Sting.”

Ok…technically there are two Stings. The other is a retired professional wrestler.

He was plenty entertaining, but not the Sting I want to talk about here.

No, I’m talking about Sting the famous singer, multi-instrumentalist, and songwriter. To most, the one-time “Pop-Rock” star. I know, I used the ‘P-word.’ I typically stay clear of ‘Pop’ as best I can here at rocktakes.com. Yet to understand my fandom of Sting is to understand where he started.

There he was….1977. Alongside his bandmates Andy and Stu they were the great Rock band “The Police.” They’d release five albums between ’77 and late ’83. Each one a bit better than the previous, yet all of them good if not great. I was well-aware of their superstardom as a kid in the early to mid ’80s, but I didn’t become a huge fan until my college years a decade later. To this day they are still one of my favorite bands of all time.

Though The Police didn’t formally break up until 1986, they were unofficially finished as a band when Sting released his debut solo album “The Dream of the Blue Turtles” in 1985. 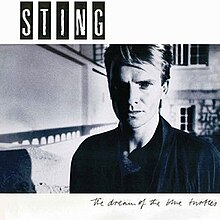 The album offered a taste of the expanded sound Sting was looking for beyond the confines of the three-piece Police construct. In addition to elements of jazz influence it also featured keyboards, etc. To me, ‘Turtles’ was a start. Looking back now I don’t think it was as solid as anything else he put out  over the next decade, but it provided a view of where he was going. It wasn’t the direction he came from with The Police, but it was interesting, and quite frankly, pretty good. Incidentally, the album featured what may still be his two biggest hits to this day: “Fortress Around Your Heart,” and “If You Love Somebody, Set Them Free.”

1987 saw the release of his second album, “Nothing Like the Sun.” 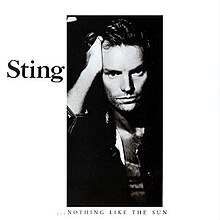 The album had two minor hits with “We’ll Be Together Tonight” and “Englishman in New York.” Overall it had a more diverse sound and took more risks than its 1985 predecessor. His very unique cover of Jimi Hendrix’ “Little Wing” is the crown jewel to this set in my opinion. It’s a fine album. 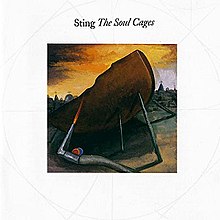 Though I feel history has adjusted its view of this album, I recall some negative reception when it came out. Yes, it featured the lively hit, “All This Time,” a track I’ve always enjoyed….but that song was a definite outlier here. Sting wrote this album while mourning the death of his father. Some folks felt the album was simply too melancholy. The album is bookended by songs titled, “Island of Souls” and “When the Angels Fall.” Maybe this is where I’m a bit different; I’ll take the moody sad songs any day over the happy-happy-let’s-dance-and-smile numbers of the world. It’s not that I fancy myself a depressing person per se, I just find so much depth and heart in songs of melancholy. Personally I think this entire album is beautiful. Start to finish, every song is good. It may be the only Sting album I feel that way about. 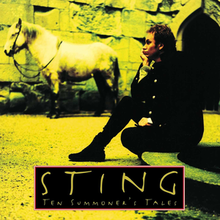 “If I Ever Lose My Faith In You, Fields of Gold, Shape of My Heart, Seven Days, It’s Probably Me,”……’Tales’ had no shortage of radio friendly hits. In addition to the singles, the filler (if you will) was good too. Much like “The Soul Cages” this album is start-to-finish solid. Unlike ‘Cages’ however, it was more upbeat and accessible. Though I’ll always be partial to “The Soul Cages,” there’s zero doubt “Ten Summoner’s Tales” was Sting’s best album. 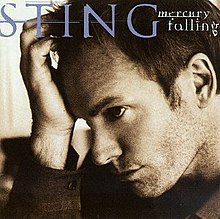 I’m a big supporter of Mercury Falling. Though there are no discernible hits to speak of, there are many very good songs here. Of the albums ten tracks I really don’t think there’s a bad one. Yes, overall it’s not as strong as his two previous albums, but I always felt this record was underrated. I actually think it may be Sting’s last great album.

Sting would notch out one more album to close out the decade. 1999’s “Brand New Day.” 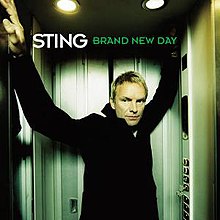 Starting with The Police in ’77, right up through “Mercury Falling” in ’96, Sting enjoyed a run that featured 10 solid albums (five w/ The Police, five solo), but by ’99 it was apparent things were finally wearing down. The run was all done. Not a bad 20-year run I may say. Other than its title track, “Brand New Day” just missed on all cylinders. The songs were weak in my opinion. There’s no shame in it really. As I said, the guy wrote at a prolifically successful rate for two decades straight. “Brand New Day” would be the last Sting album I’d purchase for the next 20 years.

He’d put out yet another studio album in 2003 that I never listened to. Critics panned it. My understanding is it was all ‘pop’ and no ‘rock.’ From there he got lost for half a decade. I believe there was a Christmas album there somewhere. Perhaps a classical music  album as well. Mercifully, his 2008 reunion and two-year tour with The Police gave him some direction again. The tour was a smashing success and the band sounded fantastic. Following this however, he seemed to get lost again. He wrote a musical called “The Last Ship” that never set sail if you catch my drift.  He followed this with a symphony live album. He stayed busy, but the one time rock-pop star just seemed rudderless.

2016’s “57th & 9th.” Its title is a reference to a Manhattan intersection  close to where he recorded the album. I didn’t even discover this until 2019. Never even knew he made it. Why it matters is because it’s the first album Sting made since 1996 that had any semblance of Rock to it. When I heard it I was floored. I had written the ol’ Stinger off decades ago. You won’t find any hits to speak of here. You didn’t even know it existed until now. But if you liked his work in the late ’80s and ’90’s, you’ll want to listen to “57th & 9th.”

Which finally leads me back to where this post started. Last month Sting released “The Bridge.” On first listen I thought, ok…I like about half of it. Now that I’ve heard it a half dozen times or so, I’d say I really like 7 of the 10 tracks, and there’s two others I don’t hate. The album is not as rock-oriented as 57th & 9th. It actually reminds me more of 1987’s “Nothing Like the Sun” if I had to directly compare it to any other Sting album.

Sting is 70 years old now. He’s been making music for well over 40 years. He had a great run in the ’80’s and ’90s. The next decade and a half weren’t so good, but so what? He certainly accomplished enough to solidify his legacy in the business. I for one certainly thought he was all done a long time ago. That’s why it’s sort of special to listen to this new album, “The Bridge.” While most folks his age are content with retirement or boredom, it’s refreshing to see someone still putting a solid effort out there for his longtime fans. Nice job Stinger. Yeah I know many (right or wrong) view you as a self-centered, narcissistic, arrogant, ego-maniac………but when you’re making good music, it’s sure a pleasure to listen to! 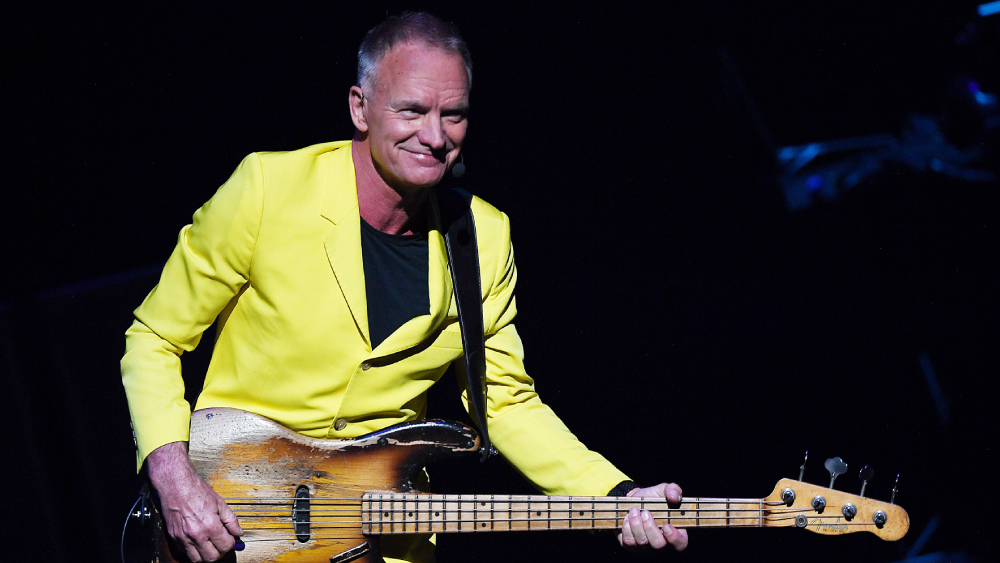