Today, May 17, 2022 is amazingly five years since the Rock world lost the great Chris Cornell. I said what I had to say about him back then. Yet here on the anniversary of his sad departure, I wanted to reflect a little, but also present a contribution of his I only recently discovered.

Looking back on five years, I feel the same way today I did then. There are no eloquent words to share in reflection. The thought of his suicide and the void left in its wake is still just fucking sad. It angers me when people marginalize his passing as just another Rock star who checked out. Another victim of the lifestyle. His self-inflicted demise wasn’t comparable to the likes of Kurt Cobain. This wasn’t a young man deep in the throws of alcoholism and heroin addiction who was trapped in a marriage to a horrible person. Chris was 52 years old. He was 11 years sober. By all accounts he had a healthy marriage and a loving, supportive family. Chris conquered his addictions but he couldn’t escape his mental health. He could no longer outrun his life-long battle with depression. Millions of people, and likely someone you knew, could fit the description of the previous sentence. Depression isn’t prejudice. It doesn’t care if you can play guitar, write music, and sing beautiful songs.

I know his wife Vicky blamed his prescription anti-depressant for his suicide. I think that was an understandable reaction from a grieving spouse trying to grasp how such a thing could happen. Personally, as shocked as I was by the initial news, I never questioned or suspected foul play. The last song Soundgarden played that fateful night at the Fox Theater in Detroit was the Led Zeppelin cover, “In My Time of Dying.” An hour later Chris hung himself in his hotel suite. His final tweet that day included the hashtag, “nomorebullshit.”  As I said….sad.

Three paragraphs in, I’ve reached my personal quota of sadness for one post. I’d much rather share some information about that recent discovery I made.

In September 2015, about a year and a half before Chris’ death, he quietly released the solo album, “Higher Truth.” This was his 4th solo album, dating back to his solo debut, 1999’s “Euphoria Morning.”

His debut album was released two years after the initial disbanding of Soundgarden. It contained a few songs I liked, but by and large it was pretty average. A few years later, in 2002 he joined with 3/4ths of Rage Against The Machine to form the outstanding group, Audioslave. 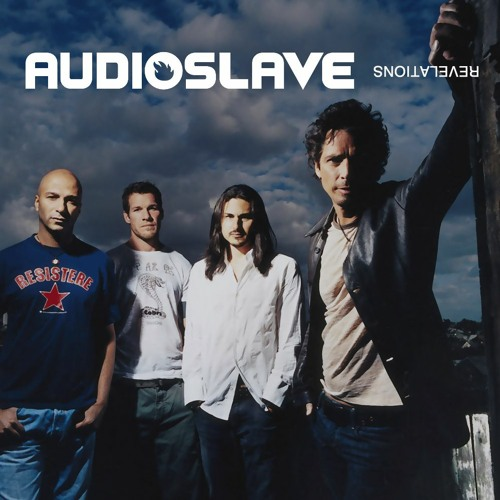 Over the next four years they’d make three exceptional albums, but then Chris decided to end the band and return to his solo endeavors. This led him to the disappointing 2007 album, “Carry On,” followed by the disastrous album, “Scream.”

This 3rd solo effort by Chris was an ambitious, though ill-conceived attempt to make a pop-rock-hip-hop album. Though I respected his fearless creativity, it was just awful. I like to pretend it never happened.

Following the “Scream” disaster, Chris wisely put Soundgarden back together. In 2012 they released their first studio album in 16 years: “King Animal.”

Simply put, it was a solid comeback for Soundgarden, and particularly for Chris. It wasn’t classic Soundgarden, but it was still pretty darn good. For hardcore fans like myself, I’d call it required ownership. It earned its place in the Soundgarden catalog. The band performed several tours following “King Animal,” and they were actively working on a new album when Chris died.

So that was it. End of the story. Book closed. So I thought. Well…..until about six months ago.

While sniffing around for music on my itunes site, I discovered something called, “Higher Truth,” by Chris Cornell. It was, as I mentioned earlier, Cornell’s 4th and final solo album. I have no idea how I ever missed this. I never heard anything about it when it was released. I didn’t know Chris even made this album. It was produced by the great, Brenden O’Brien (of Pearl Jam fame). Chris wrote all the songs and played all the instruments (with an assist from O’Brien).

To be clear, I am so grateful I stumbled upon this album. I think it’s tremendous. It’s by far his strongest solo effort. It’s such an intimate, personal album. I never would have imagined his voice would be silenced five years ago now. I thought I’d listen to more music from Chris for years to come. That said, I couldn’t be happier that “Higher Truth” was his final album. I think it’s that good. My favorite track, “Bend in the Road,” is oddly only offered on the deluxe edition of the album. Have a listen…..

Chris Cornell – Bend In The Road

Other standouts include: Nearly Forgot My Broken Heart, Dead Wishes, Worried Moon, Before We Disappear, Josephine, and Misery Chain.

My other two favorites on the album……

I think those three tracks in particular are some of the best songs Chris ever wrote. A bittersweet reminder of an artist I admired so damn much. So tonight I’ll feel some sadness for a gifted talent gone too soon. Then I’ll feel a whole lot of appreciation for what that same talented man’s music has meant to me. Chris Cornell…….”No one sings like you anymore.”