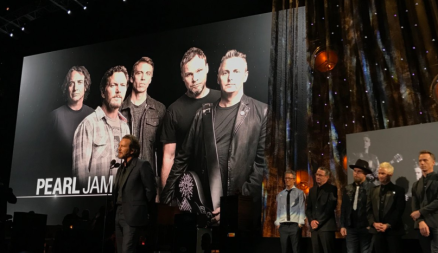 This weekend HBO broadcasted the 2017 Rock ‘N Roll Hall of Fame ceremony. Featured among the newly enshrined was Seattle’s Pearl Jam. The actual ceremony took place back on April 7th. For a longtime Pearl Jam fan, knowing they were inducted into the Rock Hall on my birthday was the best gift I could ask for.

Formed in 1991, nearly all of their most recognizable songs came from their first three albums, Ten (’91), Vs. (’93), and Vitalogy (’94). Some of those popular songs included: Alive, Even Flow, Jeremy, Daughter, Dissident, Animal, and Better Man. 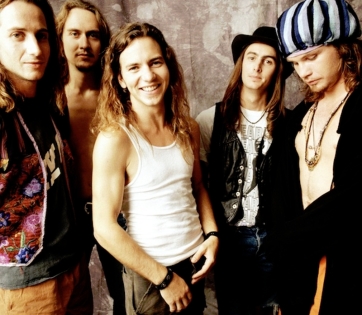 Heading into the summer of ’94, Pearl Jam was poised to become one of the biggest bands in the world. Living on a large college campus at the time, I can tell you first hand their popularity bordered on insane. Whether walking past a dorm room, footing it to class, or attending an apartment and/or frat party, you couldn’t go anywhere in Bloomington in ’94 without hearing Pearl Jam blaring from somewhere.

Then they did a strange thing. They stopped making music videos. They cut interviews with the press to a minimum. They shifted their song writing away from more “radio-friendly” tracks. They eventually even boycotted and spoke in Washington at a congressional hearing against Ticketmaster and their unfair business practices towards the public.

Whereas many bands would relish the idea of being a mainstream phenomena, (see Coldplay) Pearl Jam chose to throttle back, focusing on the slow and steady approach. Their album output has naturally slowed over the decades. In the ’90’s they kept to a staggering pace of a new album every two years. By the 2000’s it was about 1 every 3 years. This decade they’ve only made two new albums.

Though the bulk of their hits, as mentioned, came from their earliest albums, they’ve continued to write and record good music. Some of the songs in the past 15 years miss their mark, but other tracks make you take notice and serve as a reminder of how special this band is. I love that after 25 years they haven’t resigned themselves to the nostalgia act that many other bands are by this point in their lifespans. PJ still challenges themselves, and continues to grow musically. The album sales are a shell of what they once were, but their ticket sales indicate they still matter dearly to the ones that always mattered to them….their fans.

I wouldn’t have the time to write about the countless stories I’ve read regarding acts of kindness and generosity this band has shown towards others. They’re respected by colleagues in the industry. They’re beloved by their loyal fans. The long hair is long gone. Sport jackets, collared shirts, and ties have replaced flannels and dirty t-shirts. Their biggest groupies are their kids. Yet throughout all the years and all the changes, they never broke up, or gave up on doing things their way.

Welcome to the Hall of Fame Pearl Jam!

2 thoughts on “From Seattle to the Hall” Leave a comment ›