Do you believe people can change? Can people feel one way about an issue, cause, or condition, but eventually be open to change? Maybe it’s taking the time to listen to someone. Maybe it’s having the patience to or making the effort to learn more about someone or something. Maybe it’s coming to terms with the understanding of swallowing one’s pride and accepting you may have had it wrong.

Sidenote: When I started my blog last year, one of my stated goals was to “keep things mostly light.” I have. I blog about sports, music, movies, etc. Yet tonight I feel compelled to dive into something a little deeper. My apologies if this turns anyone off. So are you open-minded enough to read on?

Years ago I considered myself firmly planted in the “Pro Choice” side of the abortion debate. No, I wasn’t one of these folks attending anti-abortion protests to take on the pro-lifers, or plastering stickers on the bumper of my car in support of choice. Maybe it was my youth, or lack of sensitivity at that time in my life, but looking back, it’s fair to say I was a guy who just wasn’t all that bothered by abortion. Then one day I met the woman I would eventually marry. As some of you know, my wife Julie was adopted when she was a baby. She was cared for, nurtured, and raised by two loving adopted parents who have been the only Mom and Dad she’s ever known. But Julie had a biological mother out there, and that woman could have made a different choice. Had she chosen abortion instead of adoption, Paul and Rosemary wouldn’t have had this girl to raise and love, I wouldn’t have found my partner in life, and our beautiful two boys would not exist. I’ve experienced first-hand what love, happiness, and joy can come from a choice other than abortion. Whereas I once wouldn’t have cared if a woman put her child up for adoption or chose the other route, I strongly support adoption over abortion now. You see, I changed.

When I was a kid, like most of the kids I knew, it’s fair to say I was homophobic. Maybe I didn’t know why. Maybe I never cared to think about it. All I can remember thinking was “It’s bad to be gay. There’s something wrong with those people.” Then I turned 18, went away to college, and eventually met actual openly gay people. It didn’t take me very long to realize the only real difference between them and me was we were born with different sexual orientations. Those gay dudes in college still liked video games, sports, reading books, partying, and making friends….same as me and all the “non-gay dudes” I knew. Maybe some folks will interpret the Bible as saying it’s wrong to be gay. I won’t question their beliefs. All I know is there is so much hate in this world that it pleases me whenever love can win. I found someone I fell in love with and still love. It’s the greatest feeling. It’s a feeling I wish for every human to experience. You see, I changed. 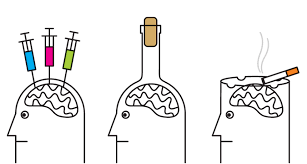 Millions of people suffer from addictions everyday in this world. The largest hurdle to overcome is the physical need your body craves as the substance of choice imprisons you. Yet there’s also the mental hurdle. The fear of whether or not you’ll be able to live a happy life without this addictive crutch. These are real fears. They’re also quite personal to me. I’m now into my 5th calendar year of sobriety, and my life is fantastic without alcohol. You see, I changed. Which leads me to this. I won’t use this space to recount the most recent mass shooting in our country, or any of the other monthly, if not weekly mass shootings taking place in our country. This post isn’t about convincing you that guns need to be banned. This post is about asking a simple question……Why can’t people at least talk and listen to others about this? As soon as a gun massacre occurs in America, politicians and gun supporters immediately come out in droves in support of guns! The gun powder has hardly settled before Facebook lights up with folks exclaiming “It’s not the guns!!!! It’s never the guns! They don’t stop for a split second to listen to what someone has to say. They don’t take a split second to read what someone writes. It’s simply an immediate, absolute, full support of guns, guns, and guns. No inch. No wiggle room. No rational conversation.

Now I understand why politicians won’t have the conversation. Their support isn’t really about 2nd Amendment Rights. It’s about not biting the hand that feeds them. I gave up any faith I had in them a long, long time ago.