Detroit. Not a place too many folks would be excited to go to. This Saturday I’ll be heading up there and I can’t wait! Why? Last year my buddy Dominic and I tried something new. We decided to head up there and take in the IndyCar Detroit Grand Prix on Belle Isle. Let me just say, it was a thrill! $90 a ticket got us shuttle service from downtown to the isle, fantastic grandstand seats right off turn one and the pits, and most importantly, all-access to the garage area.

We could literally touch the cars if we wanted to. You could stand right next to the crew members and watch them prep the cars for the race. We saw some drivers, some owners. It was amazing. That’s an internet photo. I have tons of personal photos, but they’re on my old phone.

If you’re hardcore, two other auto series race prior to the IndyCar race. Oh, and there’s a free concert after the show. Now we’re not talking Zeppelin here. Last year was Detroit’s very own, “The Romantics.” I was planning to request “My Sharona,” only to learn that was “The Knack.” I guess The Romantics’ hits were “I Hear the Secrets that You Keep, When You’re Talkin’ in Your Sleep” and “What I Like About You.” So, two-hit wonders instead of one! 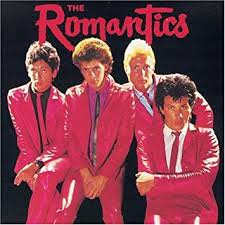 Nonetheless, three races, garage access, a concert, great seats, and shuttle service for 90 bucks. You can’t beat it! The food was inexpensive and sinfully delicious 4H-fair style fare. Yeah, I had an Italian sausage, a Polish brat, a large cup of homemade fries, and an elephant ear. My wife doesn’t read this does she? 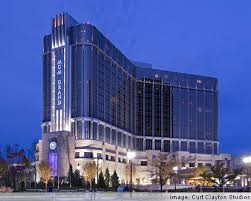 After the race we got the car and headed to an evening at the MGM Grand Detroit. I’ve been to Las Vegas nine times. I loved it. Whenever I’ve gone to casinos in other cities I always lament that they don’t feel like Vegas casinos to me. Now I’ve never been to A.C. or Tunica, but I’ve got say the MGM Detroit is the closest thing I’ve enjoyed to a Vegas style casino. 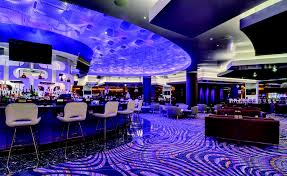 Spent a lot of time in this lounge taking in the cover band that was actually pretty good. Unlike the photo here, the place was packed. The casino was full of energy and action. In case you’re wondering about riff raft, being Detroit and all, I gotta tell you we didn’t see any of it. Perhaps the questionable characters frequent the other casinos in town. The MGM felt pretty classy and nice. The only downside, the hotel room was very expensive. In part I suppose because it was a race weekend, but maybe because it’s the only really nice and safe place to stay and play in Detroit.

This year our good friend Jim Matz is joining us, so it’s going to be even more fun. A new tradition if you will.

I know I don’t need to justify it. My life is about being at two places and doing two things: at work, working…and at home, with my family. That’s all I do. So I’m really grateful my wife Julie supports this. It’s one day a year for me to do a few of my favorites things: spend time with my best friends, watch race cars, and hang out in a casino taking it all in.

I look forward to sharing some photos with you next week. I can’t recommend the Detroit Grand Prix highly enough. You don’t even need to be a big race fan to enjoy it. It’s a great event. As I’ve said, the MGM isn’t Vegas, but it’s really nice too. I must admit, it will seem sort of eery staying at the same hotel Chris Cornell died in a couple of weeks ago though.

I know what your impression likely is of Detroit. For the most part, my impression is no different. But I gotta tell you, at least for one day and night a year, we figured out how to have a great time in the Motor City!