The Sunday of Memorial Weekend. One of my favorite days of the year. It starts early. In fact, if you’re going to do it right, it starts around 7 am in one of the most beautiful places in the world. The Monaco Grand Prix.

If you want to see how the world’s 1 percent lives, this place is it. Although there was a time when I casually followed Formula One racing, nowadays I’d be hard pressed to name four drivers in the series. Adding to that, the racing on the streets of Monaco is never very interesting anyway. You know what? It doesn’t matter. The true superstar of this event has never been a driver, it’s the venue itself. I watch this race every year and I hardly pay attention to what’s going on in the race. Pre-race I’m looking at celebrities in attendance. As the race proceeds I’m usually fixed on the yachts, the buildings, the ocean, and the mountains in the background. The place is absolutely stunning.

Tradition around here is breakfast at Monaco. We roll out the waffles, strawberries, and whipped cream. Sure, bacon and eggs are fine too, but you’ve got to class it up a little bit considering the occasion.

Just around the time the Monaco G.P. is wrapping up, it’s time to get geared up for the day’s main event. Pre-race telecast starts at 11 am. The Greatest Spectacle in Racing…The Indianapolis 500.

I started paying attention to the 500 in 1982 when I was seven years old. I’ve never stopped since. It’s my favorite event of the calendar year. I’ve driven around that track in a bus. I’ve run around that track in the Indianapolis Mini-Marathon. I’ve literally kissed the bricks at the start/finish line. There’s nothing like the Speedway. There’s nothing like the Indy 500.

Back in the day I used to throw some pretty big parties at the ol’ homestead for the race. Nowadays it’s a few good friends and the essentials. Make sure the grill is working and you’ve got a backup propane tank on hand (this is key). Go with the pre-made burger patties because you don’t want to miss any of the race while prepping meat. Hot dogs and brats are a given. Corn on the cob is a must. Plenty of water, cold beer, and for me, lots of Diet Mountain Dew baby! The outdoor television is a requirement. It’s Memorial Weekend. What the hell are you doing inside?!?! Now even if its dry in Indy, it could rain in South Bend, so make sure the garage is good and clean in case you need to watch the race under cover. Cigars are encouraged, just not for the kids. Oh yeah, there’s several of those running around these days! 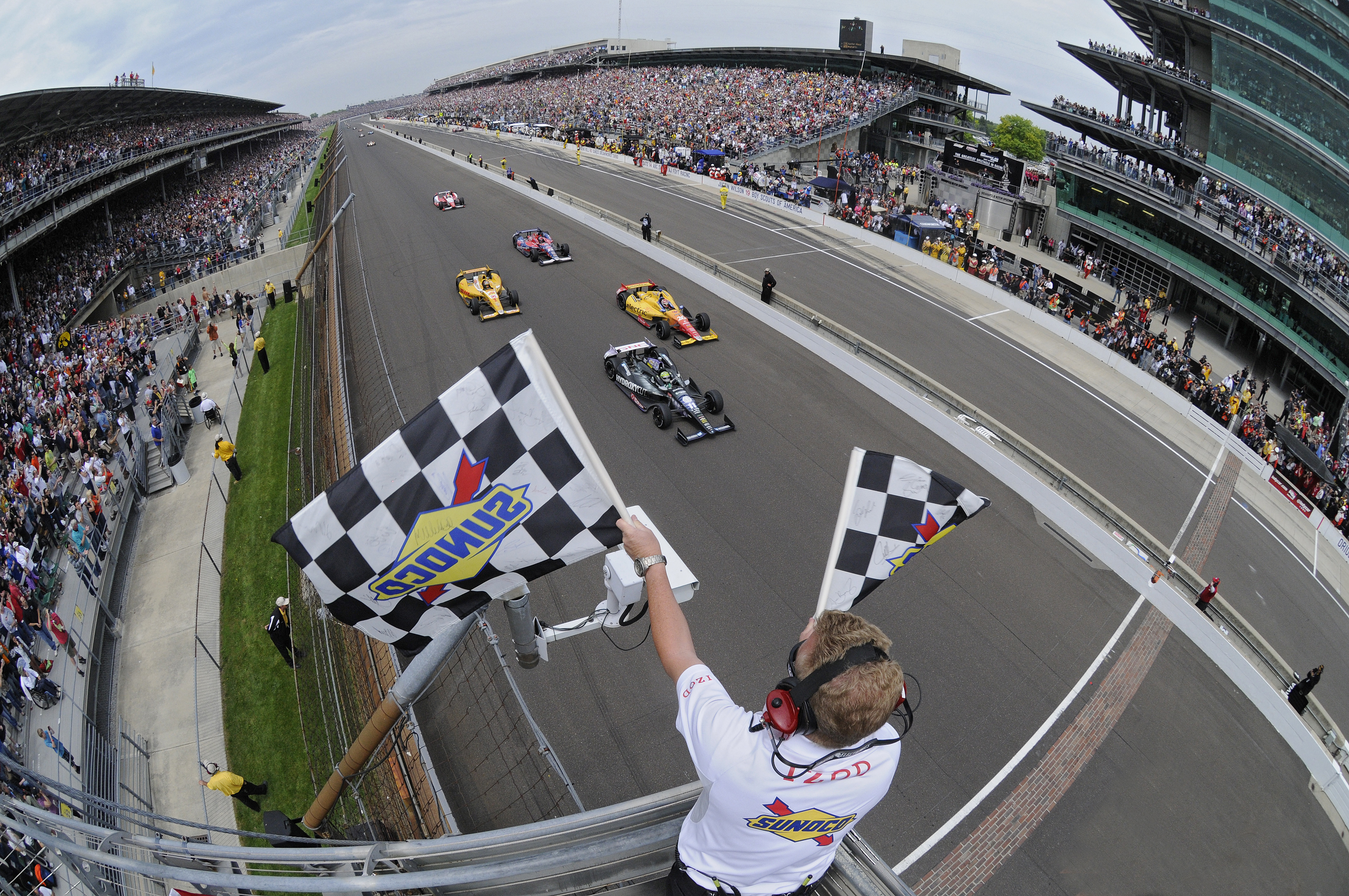 Weather pending, it should be another fantastic race. In fact, the races at Indy have been unbelievable for nearly a good decade now. I know we miss names like A.J., Mario, Mears, Unser, etc. Yet I’ve got to tell you, back in the day there were many a 500 race where only two or three cars were on the lead lap in the closing stages. Engines routinely blew up. Tires constantly failed. Those days of the 500 are long gone. The engines are tremendously reliable now. The IndyCar Firestone tires are better than any racing tire in competition. The field, though not full of the household names we all once knew, is far deeper than in the old days. It’s not uncommon to see 18 drivers finish the 500 on the lead lap anymore. It’s not uncommon to have close finishes. It happens almost every year now. And the pace? The race gets quicker every year. You don’t have to be a huge IndyCar fan like me, or even a big racing fan to enjoy the 500. It’s truly an exciting event!

Following the 500, if two races in one day isn’t enough for you, go ahead and complete the triple crown by tuning into the good ol’ boys in Nascar with the Charlotte Coca-Cola 600. I struggle with stock car racing because the cars look so slow to me compared to IndyCar. This of course is ten-fold compounded when just having watched the 500. That said, I still usually turn the dial from ABC to Fox when it’s time for the boogity boogity. After all, it’s the greatest racing day of the year. It just sort of feels right to close it out by watching all three major motorsport series in one day. Granted, I don’t watch all of the Nascar race because I think the Coca-Cola 600 literally lasts 6 or 7 hours. The boys in Indianapolis cover 500 miles in 3 hours, yet it takes the stock cars twice as long to cover an additional 100 miles. That’s kind of brutal.

Most importantly, I hope every driver walks away from their respective race.

Have a great Memorial Weekend everyone!