Last month saw the theatrical release of Creed II, the latest in a long list of sequels from the Rocky franchise. Though I haven’t had the chance to see it yet, (and probably won’t until its home release) I’m probably like millions of others who can say I’ve seen every other film in the series’ history.

Ranking films in a franchise is a pointless, subjective debate. Same goes for music. Do any two people have the exact same rankings for Zeppelin albums? People like what they like. (Though in case you were wondering, Physical Graffiti was Led Zeppelin’s best album;)

No, in honor of the latest installment of the Rocky franchise I’d much rather just take a little trip down memory lane. 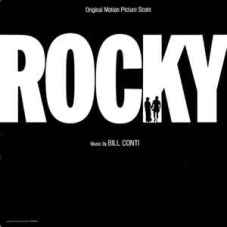 The 1976 Oscar-winning classic. The one that started it all. We all have Rocky films that probably entertain us more than the original. That said, it’s hard to say there’s a more complete film than this one. Yeah, I know Rocky didn’t win the title in the end, but it didn’t matter. This film was much more than just a boxing movie. It’s a love story. It’s a redemption tale. There’s a wonderful quote from a great Robert De Niro film called A Bronx Tale that stated, “The saddest thing in life is wasted talent, and the choices that you make will shape your life forever.” I think that quote applies so well to the character of Rocky Balboa in this film. Rocco was a down-on-his-luck guy just sort of drifting through life. Summed up more aptly by ol’ Mick, he was “a bum!” Rocky was wasted talent. When he finally got his chance, the choices he made changed his life forever. His marriage to Adrian. The fight with the champ, Apollo Creed. Rocky’s talent finally shined through. A beautiful film. 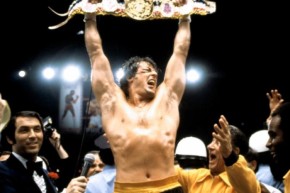 I may be in the minority here, but I think Rocky II gets better with age. Though well-received upon its release, it was always looked somewhat down on in comparison to the shadow cast by the original three years prior. I never viewed Rocky II as something that was supposed to be better than Rocky I. To me it was and always has been a very solid sequel. Much better than many direct sequels churned out by other film franchises. One of the most interesting aspects of this film is the motivational flip between Rocky and Mickey. In the first film, it was Rocky trying to convince Mick to train him, and Mick having no initial interest. In this film, it’s Mick chomping at the bit for a rematch with Creed, and Rocky not initially interested. Of course, the rematch with Creed is epic. I know many folks will reference the Drago fight as marquee match in the series, but I’ve always been partial to Rocky’s fight with Creed in Rocky II.

1982’s Rocky III. Here’s where I’m once again likely to be in the minority. If I think Rocky II gets better with age, I actually feel the opposite about Rocky III. Don’t get me wrong. Back in the day I absolutely loved this film! It was the first Rocky movie I saw in the theater. I couldn’t believe how the people in the audience jumped up and down, shouted, cheered, clapped, shadow-boxed. What the hell was that? Nobody did that when I saw E.T. earlier that year! My mom bought me the soundtrack to the film on 33. It was my first full LP. All my other records in those days were just 45’s. The film was wildly popular. Mr. T. was huge at the time. Hulk Hogan was a year or so shy of becoming a phenomenon way bigger than T. There was Mick’s sad death. There was Rocky getting knocked out in a fight! There was Rocky and Apollo becoming friends! This film had a lot. Maybe it had a bit too much. Looking back on it now, the Hulk aka “Thunder Lips” Hogan scene was ridiculous. Clubber Lang delivered some fun lines, but let’s be honest……Mr. T was a pretty horrible actor. I’m not saying it’s a bad film. Looking back on it now however, there are easily four films in the franchise I like better.

1985’s Rocky IV. Americans. Soviets. The height of WWIII nuclear war fears. Sly Stallone brings it all together for our viewing pleasure. Now we’re talking! It’s hard to find anybody my age who doesn’t love this movie on some level. I do wonder about younger generations however. My nephew for example, loves the Rocky films. Yet he was born a couple of years after the fall of the Berlin Wall and the end of the Cold War. Though I’m sure he appreciates the entertainment value of Rocky IV, there’s really no way he could relate to or understand that underlying if not overt feeling of global tension we had upon viewing this film. Though the USSR has been gone for a long time, every time I see this film it reminds me of my childhood and that fear I had of the Soviets. Apollo’s death is one of the most memorable moments in the franchise’s history. Ivan Drago didn’t have to say much, but what he represented (especially in that time) made him a great villain. And you gotta love Rocky in this one. Whereas in the previous two films there were instances where Rocky vacillated between wanting and not wanting to fight, that was never in question here. Once Apollo was killed, Rocky signed the contract, went to Russia, trained his tail off, then kicked Drago’s ass. Game, set, match.

Then comes the bad news. That look on Stallone’s face? He probably just got done watching the final screener’s copy of 1990’s Rocky V and realized this shit film was about to be released for public viewing! As the 8th film in the series just hit theaters here in 2018, it’s funny to think how back then everybody thought the franchise was actually done after the 1985 film. The five years between Rocky’s battle with Drago and this film was the longest gap between sequels at the time, and many critics and film goers were surprised Stallone brought Rocky back for a 5th installment. After seeing the film, we all, including Stallone, wished he hadn’t. There’s just so much wrong with this movie. The story was bad enough, but the film’s casting was its biggest hinderance. The two most prominent roles in the film after Balboa were the characters of Tommy “Machine” Gunn and Rocky’s son. Stallone cast real life boxer Tommy “The Duke” Morrison and his real-life son, Sage Stallone, to play these roles. Tommy had no acting experience whatsoever, and whether or not Sage went on to act I don’t know, but at the time he was ill-equipped in his acting experience for a role this substantial. Morrison and young Stallone were absolute train-wrecks. This film would have struggled even with a good cast. Coupling these two with what was already a bad script made for pure disaster. This film essentially K.O.ed the franchise. Until……………… 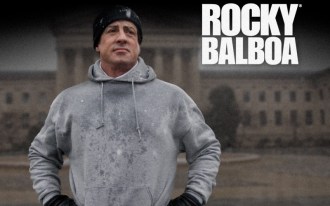 2006. Sixteen years after the failure that was Rocky V, Sly Stallone did the unthinkable. He brought it back! Let me put this as simple as I can: I love this film. I believe its second only to the original. Sure, Rockys II, III, IV all offered more action and overall excitement. But this film captured something Stallone hadn’t really accomplished since Rocky. The film was personal. Like the series’ debut, it was far more than a boxing movie. The original will always be special for the little, albeit, softer moments we remember. Rocky and Adrian at the zoo or the ice rink for example. In this film, it’s Rocky sitting in his little wooden chair next to Adrian’s headstone at the cemetery. Or the little Italian restaurant Rocky owns and operates that he named after his late wife. Or most memorable to me, the scene where he pleads his case before the boxing commission to earn a fighting license. The scene and his speech could just as much be about Rocky as it is about Sylvester Stallone’s acting career at the time. Both were trying to make a comeback. Stallone’s always been a guy known more for his muscles and action than his acting chops. His performance some years earlier in the film Copland was the finest acting of his career. I believe this film was the second best acting I ever saw from Sly. What else I love about this film is that it’s almost as if Stallone acknowledged the shortcomings of the previous film and basically said, it can’t end that way. Thank goodness he made this film. Though the Rocky character lives on in the Creed films, Rocky Balboa was the perfect swan song for the Rocky films.

2 thoughts on “The Great American Franchise” Leave a comment › 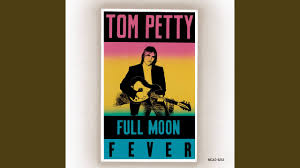 Tom’s first “solo” album. Fueled by the hits, I Won’t Back Down, Running Down A Dream, and Free Fallin’, the album restored TP’s status as a major hit-maker and re-energized The Heartbreakers for the successful decade that followed.

I owned it many years ago on cassette, but recently picked it up on itunes for $4.99. In addition to the three big songs, I forgot how many other excellent tracks are on this album. A Face in the Crowd, Love is a Long Road, Feel a Whole Lot Better, Depending on You…..Full Moon Fever is one of Tom’s best!!!!

“Dammit Don Henley. I never pissed in Walden Pond. Don’t need you pissing on youtube! That’s bad for my website!”

“The Soundgarden vs. Vicky Cornell battle just keeps getting uglier.”

“When will the concerts return?”